Ten Ways to Promote Your Writing with Social Media 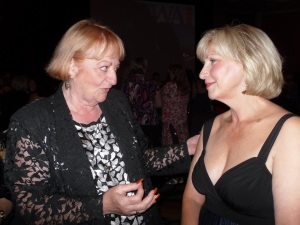 The mood at the Romance Writers of America National Conference was more upbeat than in past years, probably because writers feel more empowered than ever with options beyond traditional publishing for their work.  In addition to traditional publishing opportunities, writers can apply to small press houses which are likely to respond more quickly to their queries and submitted manuscripts and who often give more personalized service if not the big budget for promotion.  Scribes can also send their work through the once-frowned-on “vanity presses,” such as Amazon’s CreateSpace, and for a fee have the book designed, printed, and distributed to bricks-and-mortar bookstores via the huge granddaddy of distributors, Ingram, or out to digital retailers such as Amazon.  But most of the buzz at the conference was about self-publishing direct to eBook retailers such as Amazon, Kobo, Barnes & Noble, Smashwords, Apple, and others.

During a session called “Self-Publishing: A Discussion,” which was open only to published authors, the panelists disagreed about the financial potential of self-publishing.  One pundit offered the opinion that 90 percent of self-published authors make less than five thousand dollars a year from their digital books, and ten percent make a whole lot more.  Another panelist, Courtney Milan, who was published in 2009 by Harlequin and now ePubs her books, took exception.  She said she could “name forty names who are making $300,000 a year and had never published before.”  No statistical evidence was offered for either opinion.  Interestingly, Ms. Milan is paying in the range of $6000 to $7000 for translation services and going after the increasingly lucrative and burgeoning German market.  She says she has made a profit of $2000 on the most recent translation.  Study her website; you’ll find it interesting.

And as you might recall, Debra Holland sold just under 100,000 units in a year in the U.S., mostly on Amazon (but increasingly on B&N and Smashwords), with cover prices ranging from $.99 to $2.99.  Two of her “sweet western romance” trilogy, The Montana Sky Series, were launched on Amazon in April 2011, and the third in January 2012

Best-selling author Kristan Higgins (on the self-publishing panel) recommends writers try to market their work to both traditional and electronic outlets to capture readers who prefer one medium over the other.  That means selling books to traditional houses and self-publishing other work electronically.

With this background, here are some quick tips for subtle self-promotion from the famous authors, agents, and editors at the conference:

1.  You should Tweet that!  Select two forms of social media and do them well.  Authors love Twitter and readers love Facebook (photos are winners on FB), but if you love another form, such as Tumblr, do that well.

2.  Share you.  Readers want something personal about you.  Are you passionate about gardening?  Cooking?  Fashion?  Whatever is YOU is what they want.  But dress it up.  Make it pretty. And blog, tweet, email, or FB it!  Having a website is key, too. See Nora Roberts’ Up Close and Personal tab on her website.

3.  Love you!  Love you more! Build readers by working on electronic relationships.  Talk about others/other subjects 80 percent of the time and yourself and your projects 20 percent of the time.  “Think of social media as a conversation,” says HQN goddess Malle Vallik.  “Attract the right bloggers and cultivate them.”  Join eGroups at Yahoo, Goodreads, or ?  Help others.

5.  Details at eleven.  Send out a periodic newsletter.  You’re interesting because of the things you’re interested in, the research you do for your books, and the people you know.

7.  Video is king!  Goodreads, YouTube, and your own website are good places to upload videos.  Most newer computers are equipped with recording capability.  Or create a Powerpoint and record as you flip through slides.  And don’t rule out the interest aspiring writers and reading fans will have in a video chat that informs.  Here are two low-cost recording examples at Y/A author Kim Baccellia’s site.

8.  Investigative reporting #1:  See who’s reviewing the popular books in your genre and contact the reviewer to see if she will review your book.

9.  Investigative reporting #2:  Visit countless author websites and see what they’re doing.  You may chose not to be busy in social media, but you must know what’s happening out there.  You’ll see promotion ideas.  You’ll discover which publishers are buying, what topics are hot, where authors are going in popular social media, and more.

10.  Feed the beast.  Nothing happens without the words.  So as one speaker in the self-publishing panel discussion suggested, “Pick a genre or theme and write as fast as you can.”  Readers are waiting.  Okay, so this isn’t a promotional tip.  But it could be the start of an exciting career if you get the book written, and then all the other tips will make sense.

Thank you to the panelists and speakers at the July 2012 Romance Writers of America National Conference.  You change lives with your shared wisdom.  Next year’s conference will be held in Atlanta, Georgia.  Attending conferences is an excellent way to stay informed about the market and decide where to go next in your writing career.